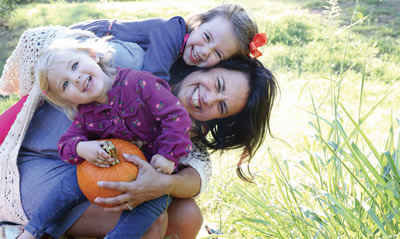 Busy wife, mother, grandmother, educator, and entrepreneur Dana Hilbert has a real passion for early childhood education. So great is her joy of teaching that there was no question from Hilbert’s family when she expressed her desire to open Scissortail Day School in Lawton.

“My husband was like, ‘Okay, let’s do it,’” Hilbert said. “We’ve been married long enough that he probably wasn’t very surprised. He probably knew this was coming.”

Hilbert spent most of her life learning about education by obtaining various degrees from Oklahoma State University and Oklahoma University. She founded and served as the director of the Rise School of Stillwater/OSU – a place where Hilbert’s love for education deepened, but the commute distanced Hilbert from her home and family.

“I really enjoyed, when I was in Stillwater, being in that preschool,” Hilbert said. “But it really wasn’t good for my family, commuting back and forth.”

“I feel like I ended up here because of the experiences along the way, and whether I knew it or not, I was going to end up here,” Hilbert said.

At Cameron, Hilbert takes her students on various field trips to observe different schools with varying programs. During one visit to a Reggio-inspired school in Tulsa, Hilbert walked through the door and knew that this approach is the best fit for her.

“It was instant,” Hilbert said. “I came home that night and told my husband we were going to open a preschool in Lawton. I just feel like this clicks for me.”

The Reggio-inspired Approach is based on the practices of preschools in Reggio Emilia, Italy, and was founded by Loris Magaguzzi. Hilbert has based the program at Scissortail Day School around the philosophy of Reggio and has adapted it to Lawton. The practice sees the child as a confident learner and that children can guide their own learning. Hilbert embraces the Reggio philosophy that each child comes with his or her own gifts.

“It’s our job as teachers and here at the school to provide them with an environment that’s stimulating enough for them to be able to explore and to wonder and to create, and if you set up that environment, you’re able to help kids reach their potential,” Hilbert said.

The Reggio-inspired practice embraces hands-on learning. Both of the two classrooms at Scissortail are complete with a creative area and a construction area. All of the furniture and toys are made with wood and natural materials – nothing is plastic.

Scissortail also has an atelier room where the children can sculpt with clay, learn to paint or make wire creations. The room is for messier, bigger projects and allows the children to leave their art and go back to work on it later. Scissortail’s space is fluid and homey.

“When you walk in, you can tell it’s for little people,” Hilbert said. “It’s respectful to them. It’s a beautiful place to be, and it encourages children to be themselves and not try to make them grow up too fast.”

Scissortail also features an outdoor area complete with wooden structures the children can play on, a water area and a mud pit. The structure of the area is based on their surrounding community – Lawton and the Wichita Mountains. Another component of Reggio-inspired learning is involving the children in their community. Even though the nature-based value at Scissortail is not a part of Reggio-inspired learning, Hilbert believes it’s an important lesson of being a part of the overall community.

“You’ll see mostly things that are from our own properties or the mountains,” Hilbert said. “I just feel like kids can learn a lot from being outside. To me, that’s just a natural way for a child to learn. We just wanted to be nature based [so] they’re outside a lot." 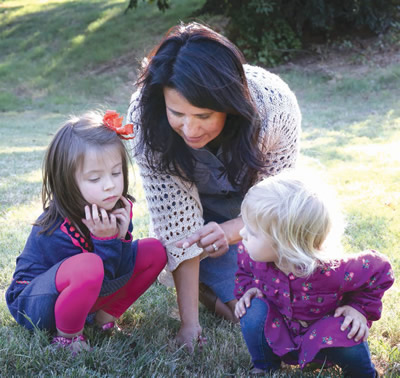 Both classrooms have two educated and certified teachers. Scissortail is designed for ages two and a half to six, and one classroom facilitates the younger ages while the other has the rest. The classroom design, and having no set curriculum, allows the children to show or tell the teachers what they’re interested in and what they want to learn. If a group of children want to go outside, one teacher can go with them while the other teacher stays inside with the other children. It also allows the teachers to use what they’ve learned in college and apply it to the classroom.

“This school is respectful for children, but it is also a great place for teachers to know we value what they do,” Hilbert said.

A SENSE OF COMMUNITY

All of the teachers at Scissortail Day School were students of Hilbert’s at Cameron. They each expressed an interest in working in a school that was Reggio-inspired and nature-based. But Hilbert said these teachers took a leap of faith and are entrepreneurs just like she is.

“This is a different kind of setting; we cook together, we clean, we wear all sorts of hats here. It’s part of that family unit. We want to create that sense of community. The teachers were chosen by people who not only want to be associated with Reggio and a nature-based program, but also are willing to be a part of a community where everyone shares responsibilities.”

“We’re taking care of their child for them,” Hilbert said. “I want parents to feel comfortable coming here. They don’t have to leave immediately – come and talk to the other parents, come sit, transition. We just felt like we wanted it to have a different feeling to it. We wanted to have an extension of their family.”

Family was big competent in establishing Scissortail since each weekend for a year Hilbert and her family were at the school painting, gardening, watering, putting together furniture and decorating. Her husband, 23-year-old daughter, 16-year-old son, two-year-old granddaughter and both her and her husband’s parents were all involved in the process of developing what is now Scissortail. Hilbert said she couldn’t imagine it any other way. Even family friends and community members who heard about the school pitched in to help.

“It was overwhelming, but then I was overwhelmed with the number of people who stepped up to help just outside my family unit because they’re interested,” Hilbert said. “I knew getting into it there would be surprises along the way, but so far so good.”

Even though her husband is an entrepreneur and runs his own veterinary clinic in Walters, Hilbert never saw herself as an entrepreneur. She also never thought she would open a private school, since her children were in public school and she has worked for various public schools. But Hilbert feels like Scissortail is where she’s supposed to be.

“I tell my students that part of your job as a teacher is to be an advocate for your students because children can’t speak for themselves,” Hilbert said. “You have to be advocate for what’s best for them, and I really feel like this type of education for a young child is what’s best for them. I want to be able to have a place to be an example of how you can educate a child in a way that goes along with their natural development and their natural curiosity and that it works. I felt like it was time.”

Scissortail has nearly finished its first school year, and it’s been a good learning experience for students and staff. And, next year looks to be even better and brighter for the school.

Scissortail’s daily schedule runs from 9 a.m. to 3:30 p.m., but the school does offer before and after school care. They are an open enrollment school, accepting applications year-round. They will admit children during the course of the school year as openings allow. To schedule a tour, call 580.699.2451 or visit their web site at www.scissortaildayschool.org. You can complete an application for admission online as well. Scissortail Day School is located at 3005 S.W. Park Avenue, in Lawton.

Kaley Patterson is a staff writer for The Lawton Constitution focusing on lifestyle and religion. She is a freelance writer in her spare time.

Melissa Hall is photographer/owner of Lighthouse Studio in Lawton and a frequent contributor to Red River Family Magazine.