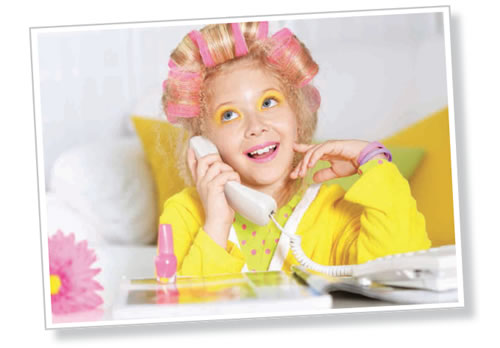 In honor of Valentine’s Day this month, it’s time for my annual report on young love. But the story begins 10 years ago.

Danny, the 4-year-old neighbor boy, was sitting in our yard bawling like a baby while my daughter Wendy, then only 2 years old, sat a few feet away, ignoring the wailing boy, scratching lines in the ground with a short stick.

“Of course you can go home,” I said. Wendy was gazing up into a tree. Danny gave her an accusing look and scurried away.

I asked, “What was that all about?” She would only say, “Him a big baby.” Wendy ought to know. She had been married to him three or four times. Whenever Wendy’s big sisters got bored, they’d find Wendy and Danny, dress them up and marry them to each other. I never witnessed these ceremonies, but I’ve seen a photo. Wendy wore socks on her hands to simulate gloves and held a bouquet of weeds. For a bridal train, she wore one of her mother’s half-slips on her head. Danny had no approximation of a tuxedo, but the big girls wanted a bridegroom with some dash, so they’d stuffed him into an old Halloween tiger suit. With tail lying limp on the ground, he looked unhappy and overwhelmed while Wendy seemed to be enjoying the game.

When Danny started school, he left Wendy two grades behind and never looked back.

Now Wendy is 12 and has discovered Boys. And like Christopher Columbus with Alzheimer’s, she shouts the discovery to her crew every few minutes.

Although the sixth-grade girls have gone boy crazy, the boys in our little town haven’t noticed. They are interested in skateboards, sports and video games. A couple of them like to fish. They would be just as likely to hold hands with a girl as they would dress their cats in baby bonnets and wheel them around in strollers.

Yet the phones and computer screens are sizzling with bulletins of boy-girl flirtation, betrayal, cruelty and reconciliation. And, although they are as elusive as leprechauns, a rare few of those calls are made by actual boys.

Apparently there are two or three boys in neighboring towns who are interested in girls. They are like Florida real-estate speculators of 100 years ago, early and few, rushing into what promises to soon become a crowded and hotly contested eld. And these boys don’t even have to fight alligators or drain swamps. A raised eyebrow or a sly smile from one of these precocious playboys can send waves of jealousy, pleasure or outrage coursing through the girl population.

Wendy is as hysterical as the rest. Based upon what I’ve heard her shrieking into the phone, she was “going out with” a boy named Tom at day- camp last summer. Don’t be misled by the term “going out with”; it has
no literal meaning. It signifies only a commitment as thin as morning mist, but not as lasting. One of Wendy’s advisers told her that Tom was about to break up with her, which triggered a pre-emptive dumping by Wendy.

The good news is that because each of these boys is responsible for the emotional titillation of a couple dozen girls, they don’t have time for deep and damaging relationships.

Even so, this dizzy whirl of romance without affection, and friendship without loyalty seems an unwholesome parody of decent human relationships. We’ve tried to interest Wendy in something besides clothes, makeup and pint-sized ladies’ men. But she appears to be obsessively training for an extreme sport – one that is rougher than ice hockey, messier than mud wrestling, and more brutal than bull-fighting. And when she makes varsity, trust me guys, you do not want to be wearing a tiger suit.

Rick Epstein is a freelance writer who is married with three daughters. Rick can be reached at This email address is being protected from spambots. You need JavaScript enabled to view it..