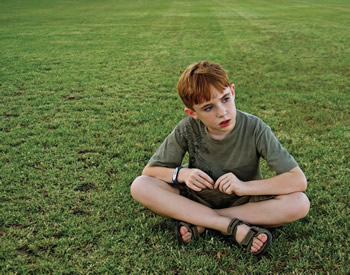 Researchers concerned about risks to children with developmental issues, as well as the stress on parents

Children with autism and other development disorders are more likely than other youngsters to wander and put themselves in potential danger, a new study finds.

Researchers analyzed data from a 2011 U.S. Centers for Disease Control and Prevention survey of parents and guardians of more than 4,000 children with special needs who were between the ages of 6 and 17.

More than 26 percent of the children had wandered away from a safe environment within the previous 12 months. Wandering was most likely to occur in public places, and children between the ages of 6 and 11 were more likely to wander than those 12 and older.

That percentage suggests that more than a quarter-million school-age children with autism or other developmental disorders wander away from adult supervision each year, according to the researchers at Cohen Children’s Medical Center of New York.

“Wandering has become a greater concern,” senior investigator Dr. Andrew Adesman, chief of developmental pediatrics at Cohen, said in a news release from the medical center.

“Not only does it pose a significant risk to the safety and well-being of children with developmental disabilities, but fear of wandering can be a daily source of stress and anxiety for parents of affected children,” he added.

Children who wandered were more likely not to recognize danger, to have trouble telling the difference between familiar people and strangers and to have sudden mood changes. They were also more likely to overreact to situations and people, to anger quickly, and to panic when faced with change or new situations, according to the study.

“The kids who are most likely to wander are the kids who are least likely to respond appropriately to police or rescue personnel – potentially further jeopardizing their safety,” Adesman said. “First responders need to recognize that children or young adults with [autism] may overreact to some well- intentioned interventions and may be unresponsive to simple commands or questions.”

The study findings were published recently in the journal PLoS One. •

More information: The U.S. National Institute of Mental Health has more on autism.